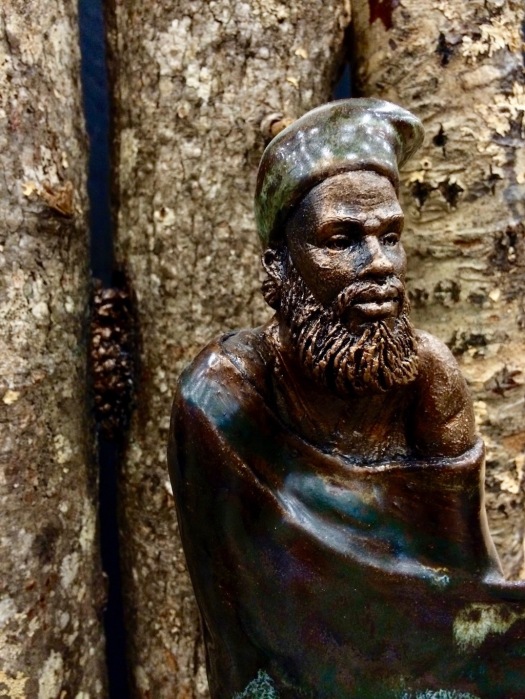 I’m a fan of Harold Miller, a contemporary sculptor, who works in mixed media with a focus on clay and ceramics. His largest works are staged on 3D surrounds that have more in common with a theatre set than a traditional frame. Heads and figures, often embellished with tin or jewellery, emerge from textural backgrounds made from clay, stone and/or beautifully stained driftwood.

These two smaller figures show Harold’s technique and storytelling ability. The figures look self-contained, but their silence is lyrical. The man above is one in a series of wind figures wearing stylised, windswept cloaks. It’s almost impossible for the viewer not to imagine the story of his life, as if the clay could have its own history. 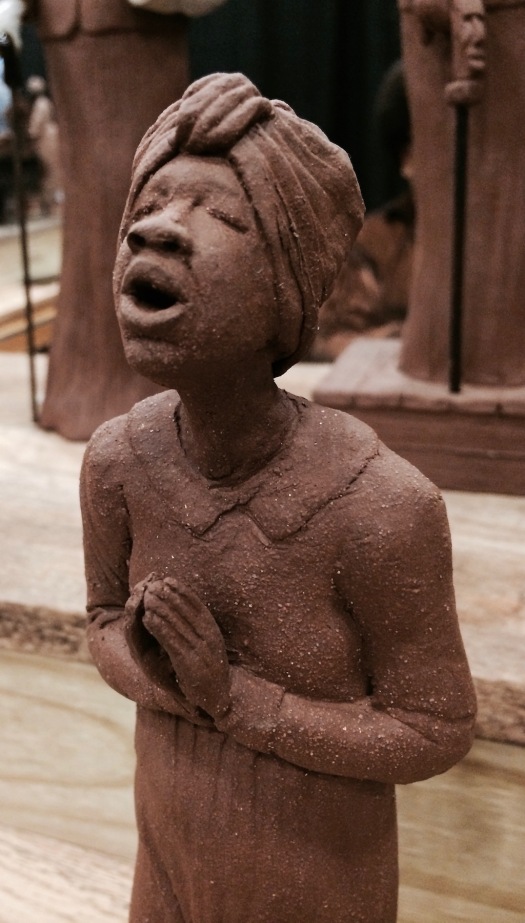 But when I first saw Harold’s work exhibited at Chimneyville Crafts Festival, it was this lady, captured in prayer, that I admired most. Her slim frame seems vulnerable and she is rapt in her faith. Though she is made of clay, she overflows with humanity. I can’t tell you her story, but I seem to feel the strength of her heart.

Harold is a fellow of the Craftsmen’s Guild of Mississippi and often works to private commission. The Guild is a talented group of men and women, many of whom make the line between Fine Art and Craftsmanship seem very slim indeed. I was sorry not to see Harold exhibiting at Chimneyville in 2017. I hope he’ll soon be back.