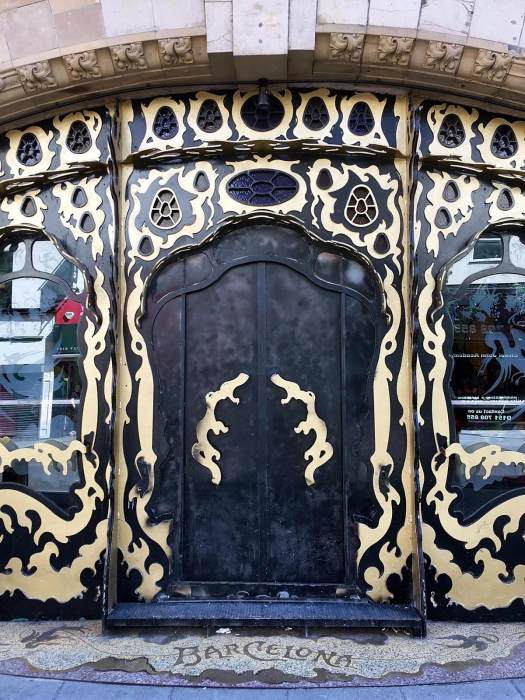 Though I lived in Liverpool as a student, I’m just a tourist these days, popping back to savour its distinct style.

In its latest iteration, Grand Central, a Grade II listed building in the Ropewalks District, has a Gaudi theme – black and gold on the outside with a Bazaar of eating places and bars within, including the colourful Barcelona Bar. 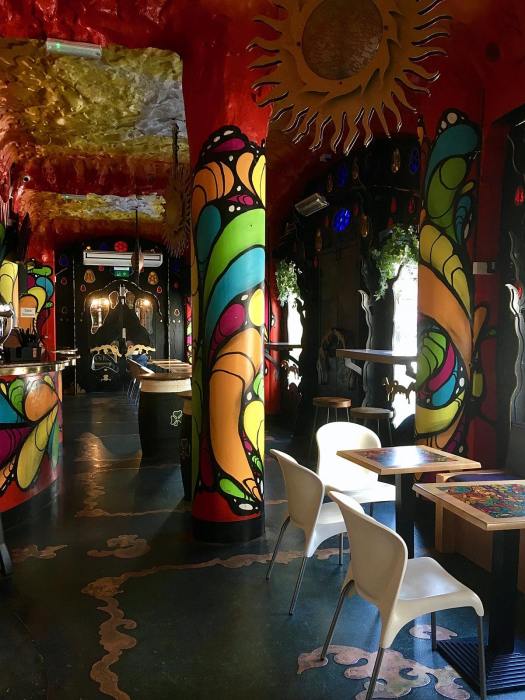 We sneaked inside for a peep. It’s a little strange to be inside Barcelona Bar just after breakfast time when it is empty, calm, expectant. There’s an other-worldly, out-of-time feel as if daytime is not really its thing. 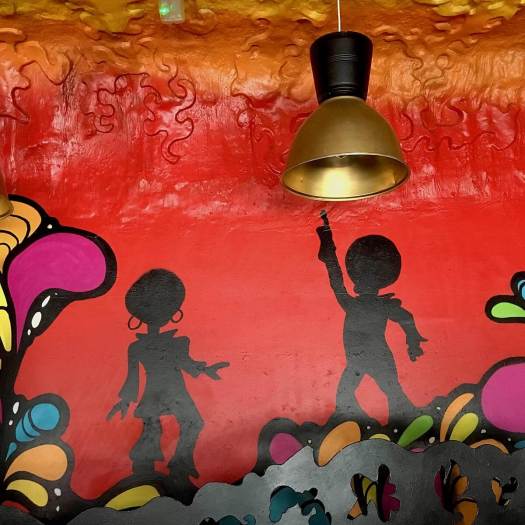 I still associate this area with antique and second hand shops, music venues, bookshops and independent record shops. While a lot has changed, such as this place, enough has stayed the same for me to feel at home in the city.

Some of the publicity material for Barcelona Bar claims it is world famous. I’m not sure about that – you tell me – but it’s just down the road from somewhere you might have heard about. 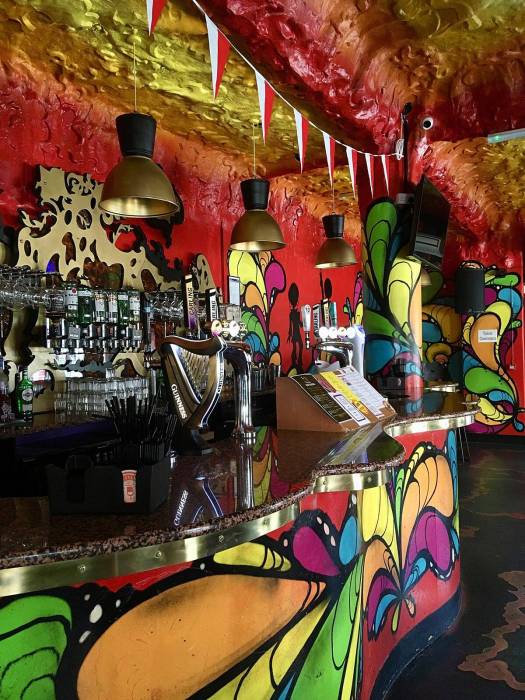 Walking up the hill from Grand Central, keeping the ruined cathedral on your right, you soon reach The Philharmonic which has a long history and recently featured in Carpool Karaoke.

If you have any love of The Beatles in general and Paul McCartney in particular, and missed seeing the episode, check it out on YouTube (search for Paul McCartney, Carpool Karaoke). It is joyful.

I don’t know how widely it’s available worldwide, but it’s worth a try. There are adverts in it, but you can skip them after a few seconds. You’ll find my favourite section from around 15 mins onwards. And yes, I do confess to spending a good few hours in The Philharmonic as a student.

I’ve been saving this post for Thursday Doors, but as I came to post my door picture, the first one, I started to wonder whether it is a real door or a fake one.  Regular readers may be thinking they have heard that before and to suspect I am suffering from a reality-doubting affliction.

I’m linking to Thursday Doors anyway as I took the pictures with Norm in mind, using the flimsy justification that there is a guaranteed real door at the back of the second shot. Anyone craving more doors can check out his post, which contains some beauties, and browse through the linked submissions.